Saturday I went dancing with the stars 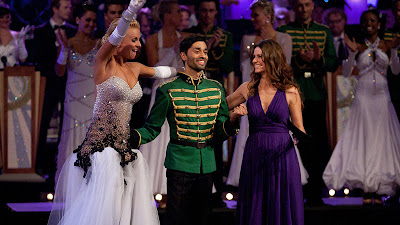 Photo: tv2
Saturday I was invited to come see the norwegian version of Dancing with the stars. I didn't dance myself but I sure would like to. It was almost impossible to sit still in the chair as the celebrities were shaking and moving.( I also had a little wine so the party mood was on!) The reason I was invited was that we had made a dress for the host of the evening, Cathrine Moholt. She got a new edititon of the Tone dress with a full circle volume skirt and some drapings under her bust. I love the colour for her and the countless of meters of silk chiffon draped around her. 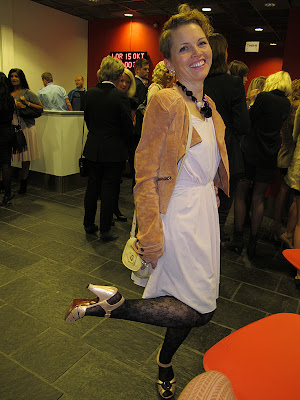 I had put my golden peachy Chie Mihara shoes on and a pink dress I bought in Hong Kong. 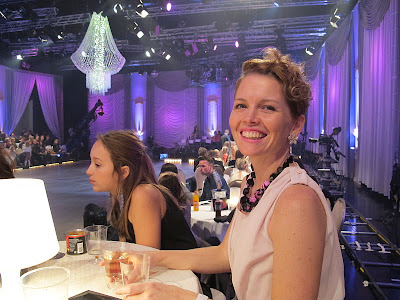 Look at the amazing studio. It's a real ballroom feeling.
We were placed on a table right next to the band. We also had a view backstage where we could see all the nervous stars about to come out onto the floor. 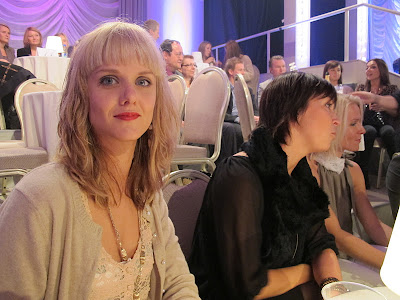 I took along Stine, my brothers sweet, dear girlfriend. And I assure you, we do know how to have a good time. 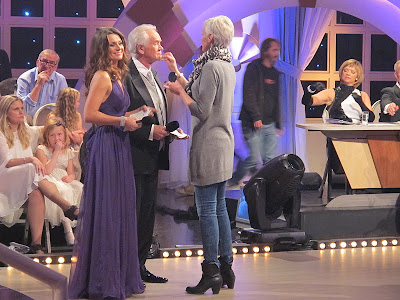 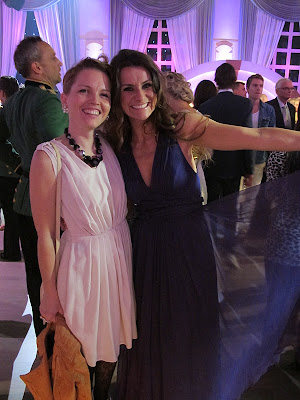 Stine had to take a photo of me and Cathrine holding her skirt out. It is so light silk that you can hardly see it. 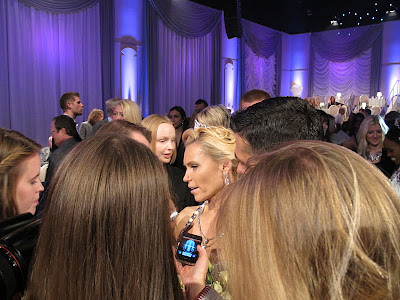 Anna Anka was out of the competition which was a shame because she was really good. Also as Lady GaGa dancing to Pokerface. She looked like she was 23 in the bathing suit outfit and boots. WOW!! 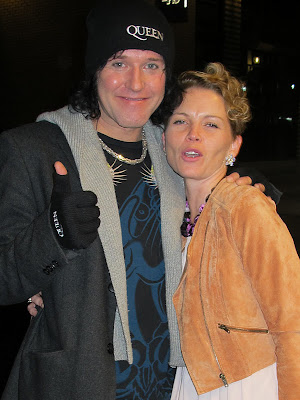 As we were about to leave we stumbled upon this guy. Åge aka Glam from Wig Wam. I felt that I knew him so I went chatting along. Stine later asked me how long I had known this guy and it came to me that I actually didn't. But you know the feeling when you see famous people and you think its an old friend.
And this was another day at work. Later this week some of us are going to Barcelona. I can hardly wait!! Sun, cava and tapas.
Lagt inn av Cecilie Melli kl. 7:26 p.m.
Send dette via e-postBlogg dette!Del på TwitterDel på FacebookDel på Pinterest
Nyere innlegg Eldre innlegg Startsiden

Cecilie Melli
Cecilie Melli is a Norwegian fashion designer known for her wedding dresses and jewelry line. Cecilie Melli is a Scandinavian jewelry and accessory brand that carries high quality pieces in rhodium, 925 silver and 14K gold plating. The brand also explores the new technology 'green' crystals from Swarovski-Elements Xirius, lead free and cut one step closer to diamond. Cecilie Melli is a brand that embrace the free spirit of creativity, and love the experimental mind.

Cecilie Melli was founded in 2004 by the Norwegian fashion designer Cecilie Melli. The vision is to create collections that are beautiful, feminin and fun.

All the Cecilie Melli collections are made of exclusive materials like silk, lace and swarovski crystals put in perfect harmony of both soft and edgy.

The evening wear, bridal gowns and cocktail dresses are well-known for their elegant look, simplicity and fine details. The Cecilie Melli dresses are all made-to-measure and sewn by experienced seamstresses in the Cecilie Melli Studio located in Oslo, Norway.

Promote your Page too